Yesteryear Wednesday, and for this second installment I’ll show the model I painted for my girlfriend’s birthday. The paintjob is not terribly old, but I haven’t had much time to photograph this week, so please bear with me. 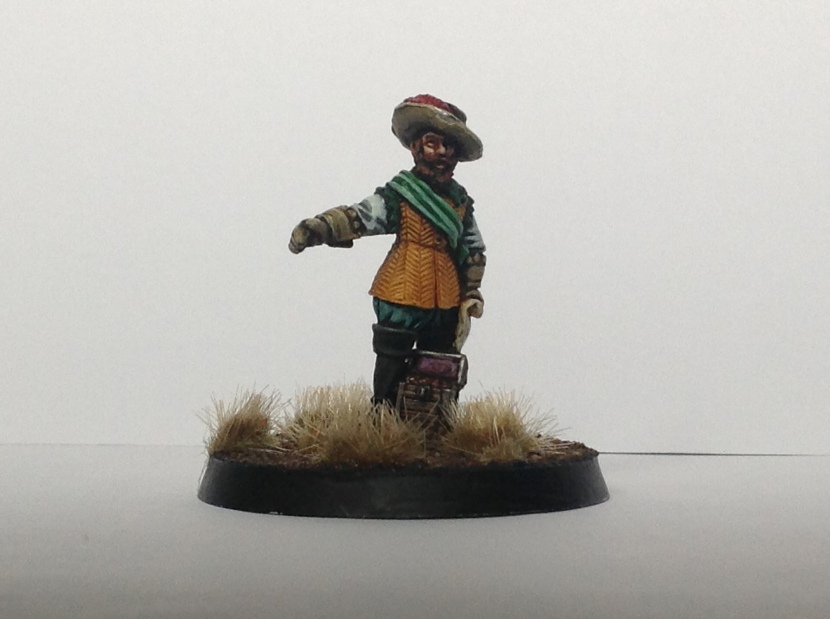 I picked him up at Crisis’12, no idea who sculpted him though.

It’s what I believe to be a late 16th or early 17th century mercenary paymaster of sorts, but I could be grievously mistaken – I am quite the novice to that particular time period! My girlfriend is currently mastering in art history and her subjects are often paintings of that time period, so I naturally painted this one up for her. 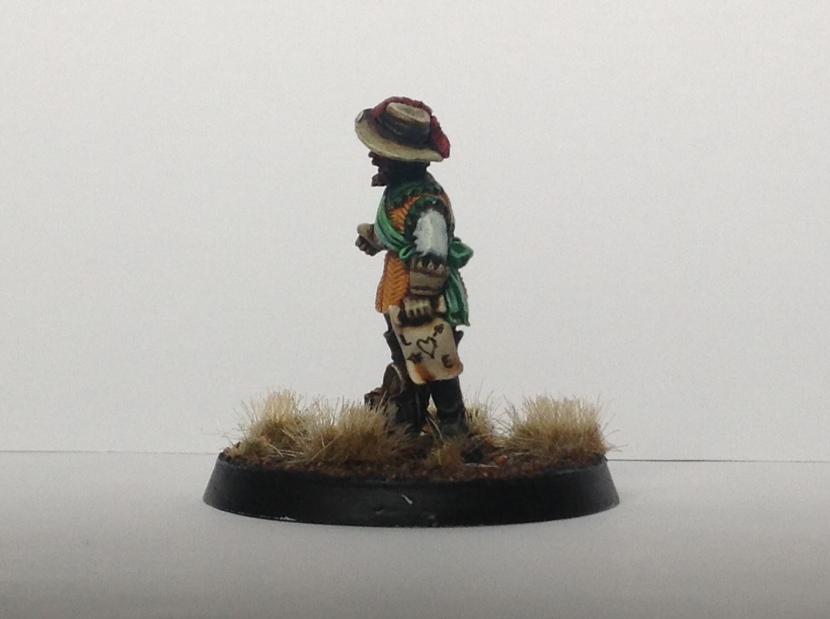 A parchment roll with our initials and a crossed heart. Oh dear.

Colour-wise I stuck to my usual paint palette but in a slightly different combination, and with the familiar use of plenty of washes. I provided slightly more highlights, which I believe turned out quite well, especially on the hat and gloves – a basecoat of zandri dust washed with agrax earthshade, and highlighted with again zandri dust and finally bleached bone. Though the parchment was painted with much the same colours, it was handled with mostly a sepia shade and then a highlight with white; I feared the two tones would end up too similar, but it ended up just fine. 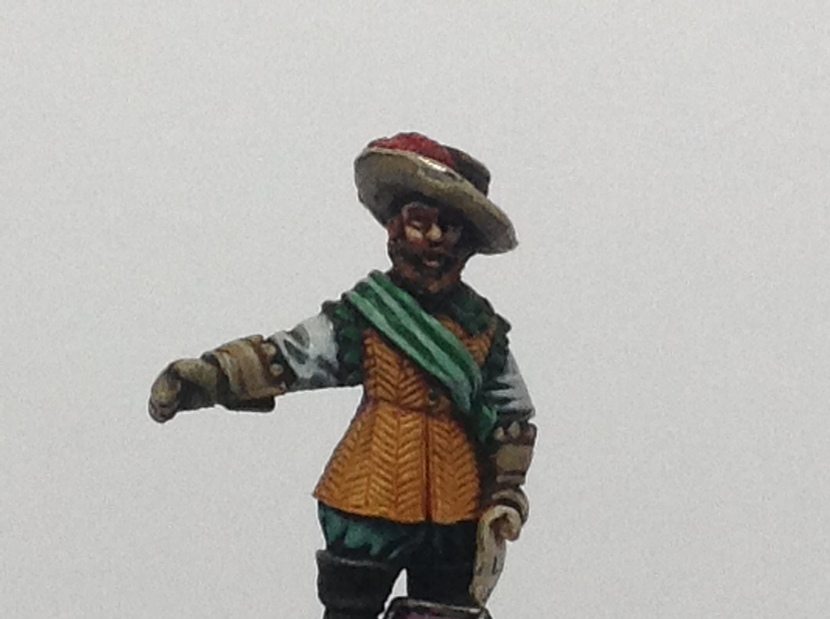 The dreaded close up. The model has already taken some wear, as you can see on the brim of the hat.

That wraps it up for today, I believe. Tomorrow evening I’ll get round to photographing the new viking levies, and I decided to start painting Decebalus and his advisor, just so I can clear all the classical era stuff I own at the moment (which was a pitifully small amount to start with, so that’s not really an accomplishment). In other words, you can expect a further update or two this week. Thank you for reading and until then!