Hello again, my faithful readers! As mentioned I’ve recently completed some Space Ork vehicles of different shapes and sizes. I was thinking the blog has been missing some non-historical updates for some time now and – though I’ve largely given up on painting fantasy and sci-fi – I do like painting some just for variety. What’s more, the blog can use it, too. So here’s a long-overdue Yesteryear Wednesday update.

This first truck might evoke a little nostalgia in the hearts of some of my veteran readers, as the thing truly is old. I picked it up at a dusty independent retailer in Ostend last year that still has quite an assortment of pewter GW models and old kits (I even snatched up the Battlefleet Gothic starter set!). 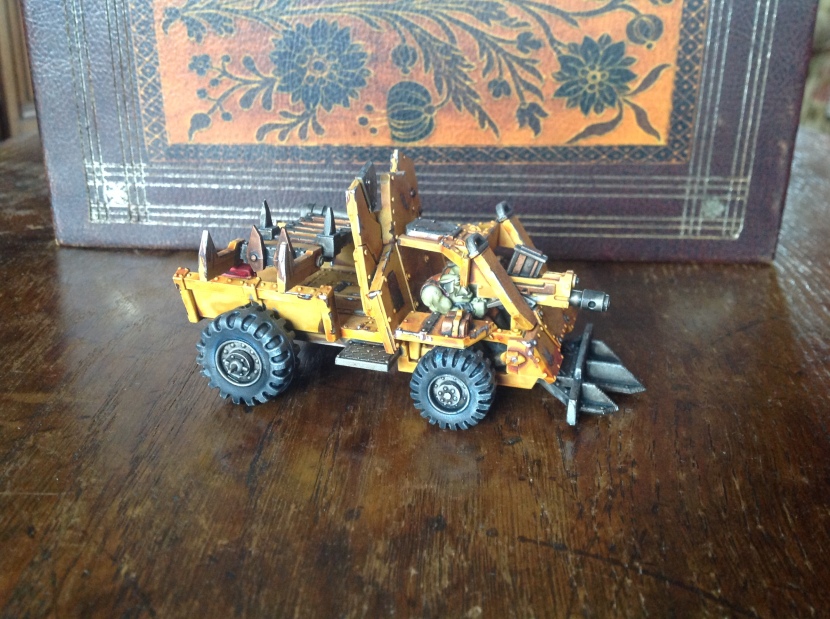 It’s quite a bit smaller than the new Trukk, which is a devious advantage in 40k.

Now as you can see, I did convert the model somewhat with some bits and pieces from the new Trukk kit, such as the boarding plank and the bumper plating behind the drivers. I think this ties it in a little better with the new Trukks that are much bigger. 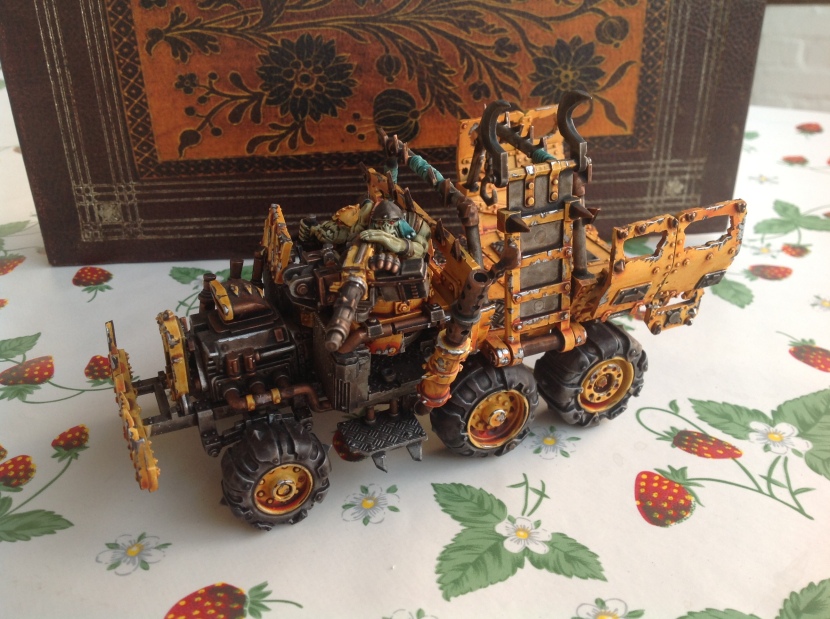 A pretty good kit by GW. It’s getting pricier though…

Painting was done with the usual casandora yellow and seraphim sepia washes over a white undercoat. I did the old Trukk in one go with just the rider and gunner separate; for the new Trukk I separated the model into the upper chassis and gun cupola which were undercoated white, and the undercarriage and wheels which were undercoated black (to give me an easier time with the metallics). 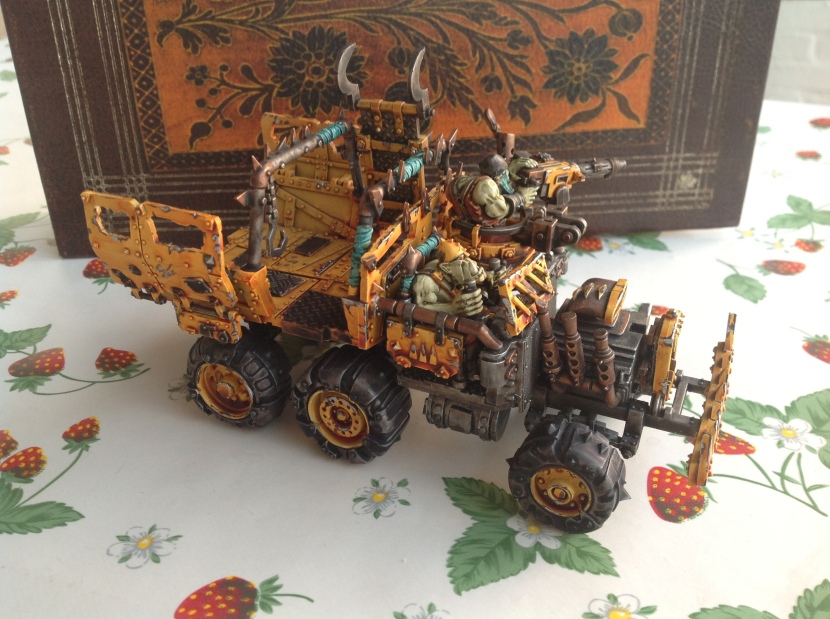 I did make some slight alterations, such as switching the driver’s and gunner’s places in the cab.

You might think it was a straightforward piece of work, but this second Trukk stayed on my desk for almost a year. I just couldn’t find the motivation to continue work on it, with it being split up in so many half-painted parts. I’m beginning to think painting vehicles is just not for me – too many large areas, a lot of separate elements that have to be stuck together afterwards with often not a little hassle… I’m glad Napoleon didn’t have mechanised Voltigeurs in his Grande Armée!

Despite my antipathy of all things wheeled (actually, my aunt used to own an Australian shepherd dog that couldn’t stand bicyclists… but I digress) I have some more Space Ork vehicles coming to the blog later this week. I won’t go into much detail on them yet, as they are kitbashed models. Until then!