Despite my comments to the contrary, I’ve taken up a commission recently – and finished it in four days. I only managed to take pictures of half the unit, as the second batch was completed just an hour before handing them over to the owner.

All models by Ebor, and sculpted by Paul Hicks.

How did I paint 24 models in four days? Well, look at the models’ foot tabs. With the majority of their uniforms being red, I decided to use a mephiston red spraycan from GW to undercoat them. This red was drybrushed with wild rider red, and the blue parts were basecoated caledor sky, followed by a purple wash over the entire model. That’s half the model already! 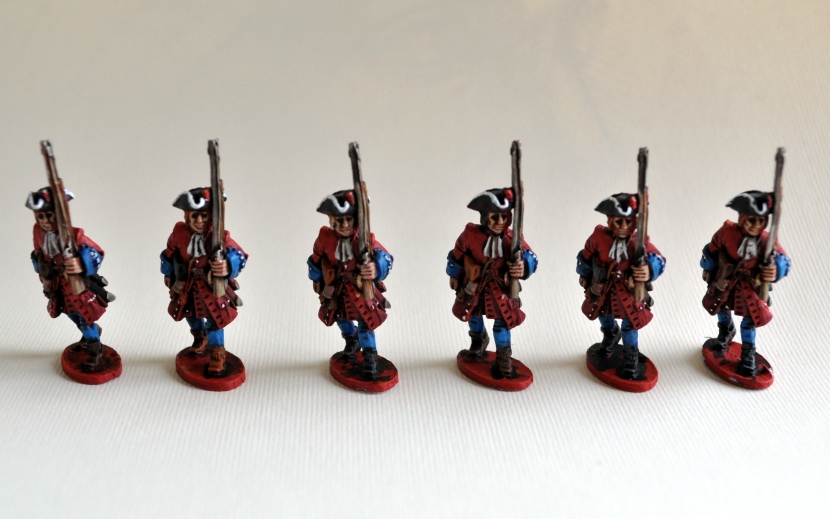 Not much variety in the sculpts, which helped things along as well.

After that, the browns were mainly just basecoats of different tones with an agrax earthshade wash over it all. The white buttons were rather fiddly, but with ceramite white it’s never really an issue.

The owner is going to base these and add the right flags, so maybe the completely finished unit will grace this blog in the future. We’re gearing up for a Blenheim wargame sometime this year, and there’s still plenty of regiments to be finished; I think I’ll be doing some more of these infantry soonish!