A couple of weeks ago I received some bad news in the form of being fired from my current job. It wasn’t the best of jobs anyway, but still! I’ve a few months of work left at that company and in the meantime I’m looking for vacancies, but I’m also commission painting a bit more so as to fund further hobby projects. One of these commissions is what I’ll be showing you today, and boy, did I have a good time with them!

A total of twelve monkish types, these guys. Their robes made them really straightforward to paint as you can imagine: just a black undercoat, rhinox hide basecoat, and calthan brown and steel legion drabs drybrushes. 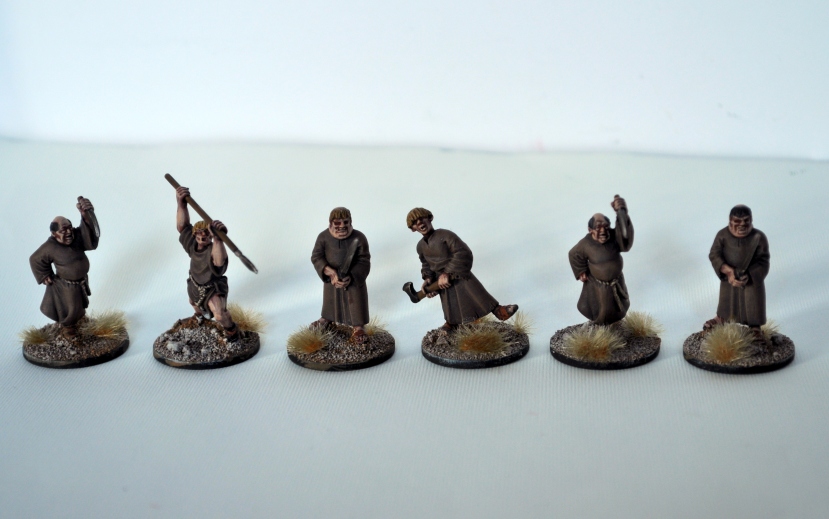 The skin and weapons were handled like I usually do, so no surprises there. Since these are mostly meant to fit in with an early crusader army the commissioner asked me to handle the bases as well, so I covered them in rough sand and grit and added some GW tufts. Simple, but I think they turned out nice.

I’m going on a surprise weekend holiday for my mother-in-law’s 50th birthday so no hobby output from me for a couple of days. Early next week you’ll get some Jomsviking love though. Have a nice weekend!