Here, at last, is the final part of my commission painting for my friend Kurt. “Final” means “for now”, of course: I’ll be painting some Praetorians for him soonish. Still, here are his crossbowmen in all their glory:

I had a little trouble getting these guys ready for painting; apparently, on two of the models, the front part of the crossbow had either broken off or had ended up not being cast. So I had to get the bit box out, and salvage some spare crossbows from Fireforge foot sergeants for parts. The two chaps on the left of this first picture are the lucky ones. Doesn’t look so bad, eh? 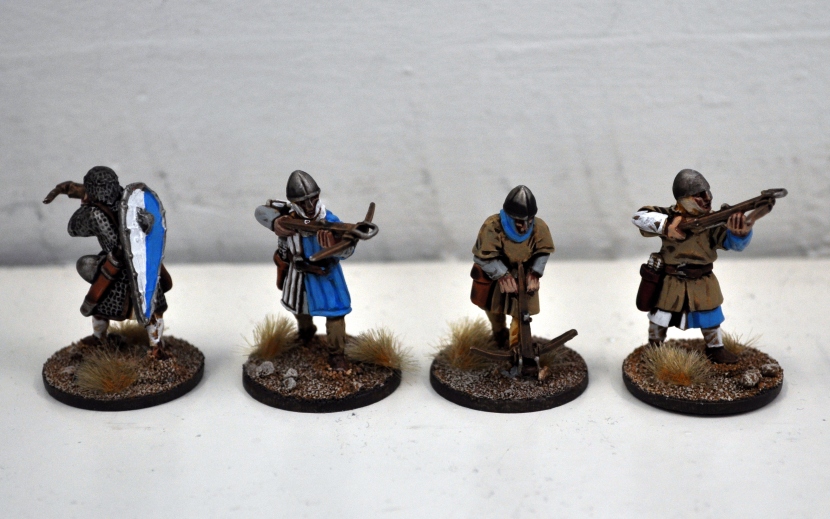 The second warrior from the left is my favourite.

They were painted up in much the same way as the cavalry I showed you earlier. However, because of the fact that only one of these guys has a shield, I decided to incorporate some of the blue and white heraldry into their clothing.

That’s it for now, although I do have another blog update waiting for this evening or tomorrow. Stay tuned!