Phew, these guys took me a long time to get started on. Way back last year I talked about feeling less inclined to paint a model when it consists of multiple separate parts that need gluing on later, and while the subject was entirely different this time (read: not an Ork trukk) I still felt the same ennui. That said, they’re finally done, well, apart from their bases. Let’s take a look. 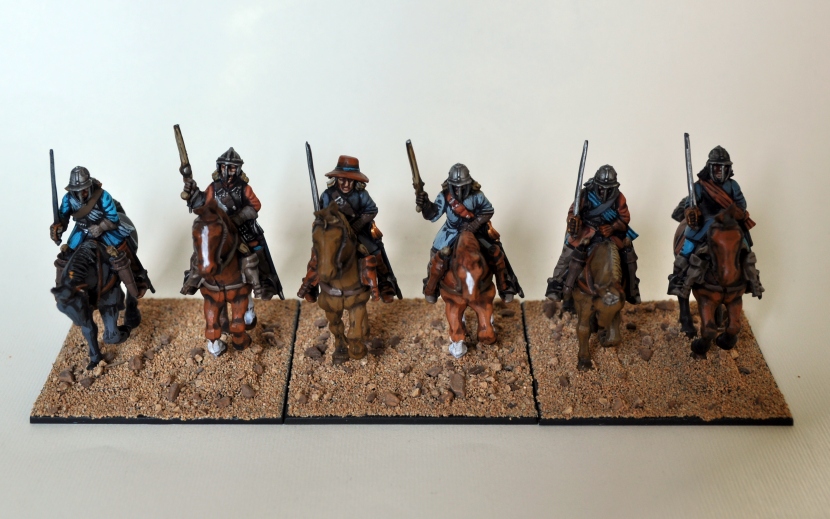 I put some more variety into this second batch with regards to the colours of their coats and such, but still adhered to the same palette so as not to estrange them from their fellows in the first rank of the unit. Other than that, painting them was identical to the first batch, apart from the fact that I was wise enough to glue their helms on after having painted their faces. And that’s where things went wrong: I really don’t like painting incomplete models.

The bases obviously still need a lot of lovin’.

Still, that’s them done. The rest of these Dutchmen are another project I’d like to hedge in this year; I’ve still two companies of shotte, a firelock unit and some casualty markers to do before putting this on hold, until the time arrives for me to take the plunge and buy the For King & Country starter set for Pike & Shotte. Maybe next year, who knows!