For the first time in years I got some models for Christmas from my parents – they rarely if ever buy me models because they believe I’m already well-supplied by now. I think not! Anyway, most of these new miniatures were Fallschirmjägers who have all been painted up by now, but the Firelock Storming Party box by Warlord Games was thrown onto the plastic pile. Until now! 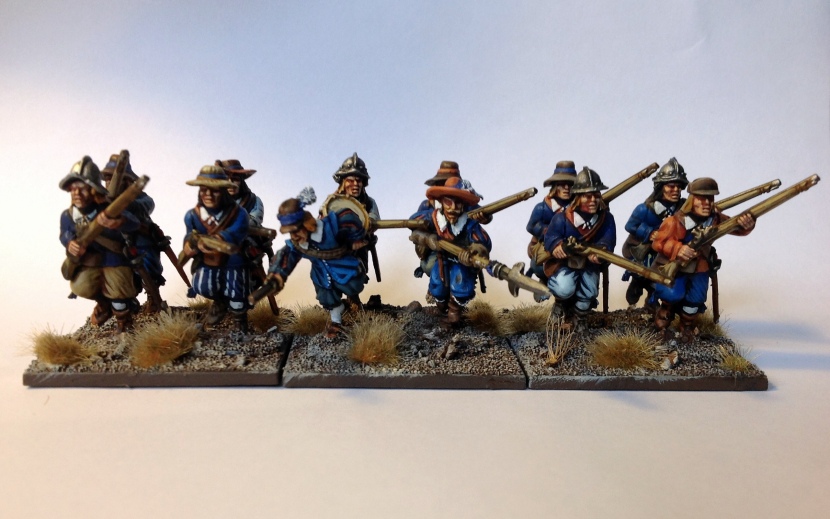 These are really simple plastics – a tiny sprue with the body, two hats, and two types of arms holding a firelock. As you can see I added some different headwear from the other plastics plus a few metal Swedish morions. Other than that these guys are straight from the sprues.

You can see the unipose models in all their monotonous glory in this picture.

I opted to use another colour spray can, guilliman (or girly-man if you play Ultramarines) blue in this case. I then differentiated the models with various blue tones, by highlighting the blue with caledor sky, teclis blue, thunderhawk blue, celestra grey and white, before slapping on a drakenhof nightshade wash. Afterwards some more highlights and the usual leather , metallics and woodwork. Simple as that.

Not the whole box was used to build this unit, as I still have six firelocks left. These will probably be mixed in with my musketeers when I continue work on them. Other than that, I’ll let the project go for a short bit as I have plenty of other projects to complete!