Back with another update in just over 24 hours, huzzah! I chugged away at the unit below last night and finally got them done. These are the models I took to Spain with me on holiday at the beginning of the month, so these models have seen a bit of traveling quite like their real life counterparts would have (but not by airplane). 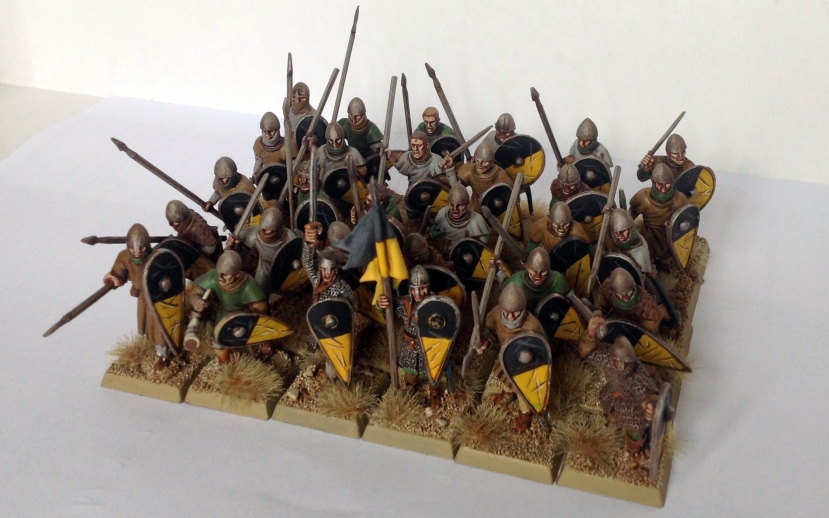 A mix of models: mostly Conquest Games plastics, but with a Gripping Beast and Perry Miniature crusader here and there.

Part of the reason why it’s taken me almost a month to complete the unit is because I painted all thirty-two of them in one go. Normally I prefer smaller batches for variety, but with these guys I wanted to prove something to myself. I ended up getting stuck on the basing part and really struggled to get motivated, but all’s well ends well.

The back of the unit betrays a lot less colour than the front.

Paintingwise I had to cope with the blazing Spanish sun which often dried out my paint – our vacation house’s balcony faces the south – and a paint spill inside the sealable plastic bag which meant the end for an unlucky pot of skrag brown. 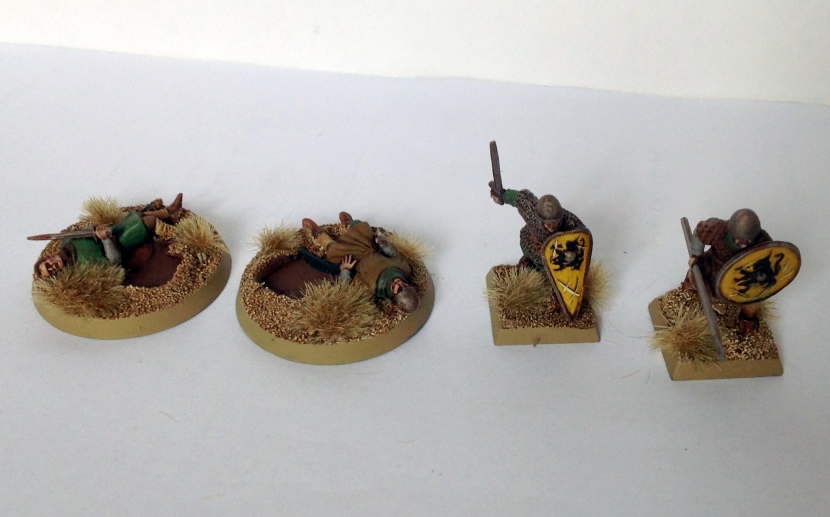 Apart from the unit itself I also painted these casualty markers (one sporting a headswap to alleviate clone syndrom) and two extra goons with lions on their shields to help buff the existing infantry unit up to 30 as well. I’m now at a healthy 60 infantry which means I can field five twelve-strong units for our games of Sword & Spear, or two blocks of Bretonnian men-at-arms (if Games Workshop ever decides to release something other than power-armoured models again).

I don’t think I’ll be doing more Flemish this year, as the commissions are cropping up again – WSS and Napoleonic Prussians, chiefly. So that’s what you’ll be getting shortly around the bend. Good boo!