I’ve acquired a deal of second-hand Late Romans from my friend Eddy, he of the massive lead pile, and in between commission painting I just had to paint the first unit up as a colour test. I’ve been interested in collecting this type of force ever since learning about them in high school (which is about thirteen years ago at this point – around the same time I began wargaming). There’s just something glorious about the brave but futile Roman attempts to withstand the barbarian menace, and I’m a sucker for lost causes. On to the models then! 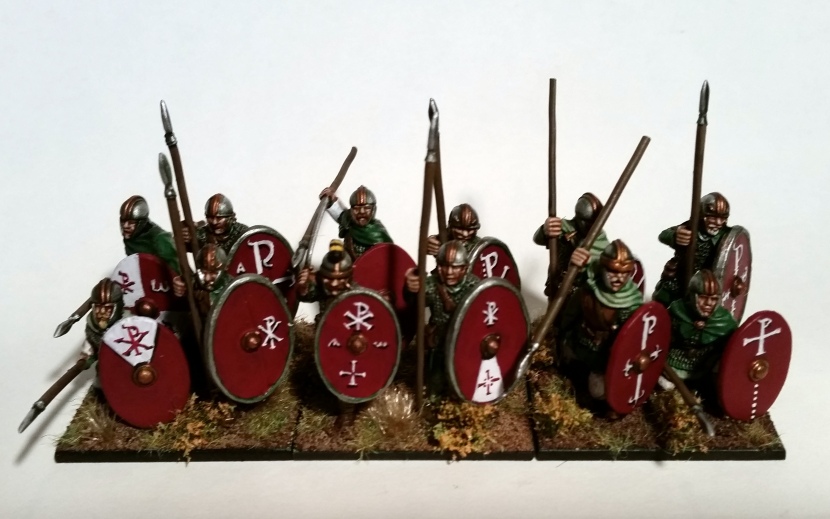 A mix of Musketeer and Gripping Beast miniatures.

I mixed models from two manufacturers for this first unit; the rest of the army will probably be Gripping Beast uniquely. The sculpting on these few Musketeer models I received is slightly better, but overall they’re both excellent and can be readily mixed. I did have to do pinning to get the spears into there hands, and there is little I despise more when assembling models. 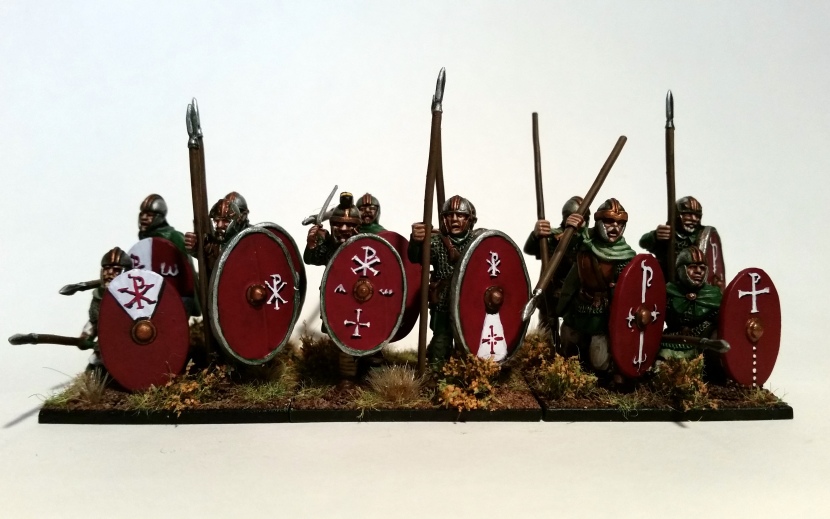 I’ll have to add a pennant or a draco to the front centre model. 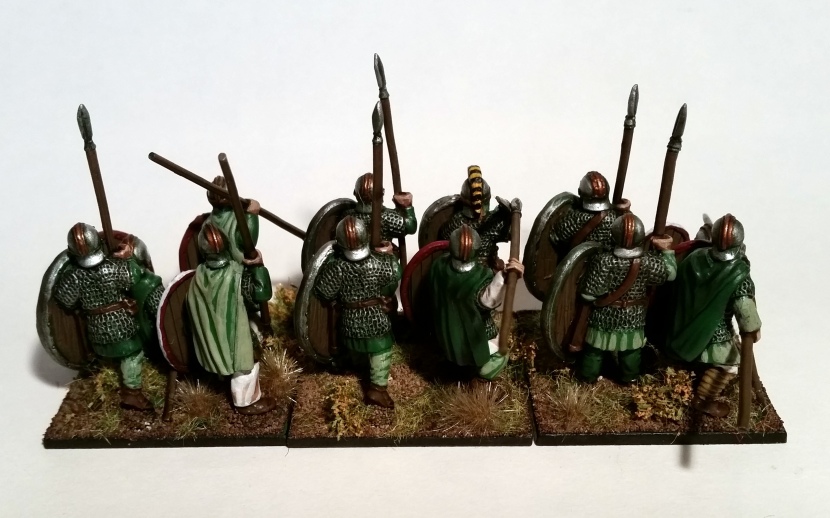 Rather less red from the back.

Finally, the shields were painted khorne red and received freehands in white which were shamelessly copied from Little Big Men transfer sheets. I added some shadows to the motifs with black, too. To balance the palette a bit further I added orange flower tufts from MiniNatur to the bases.

There you go, that’s them done. Just a colour scheme test, but it’s also the first completed unit for my Late Romans; we’re generally playing with smaller sized units in our wargames these days. Anyway, back to commission painting. And I’ll have a Christmas special for you on Wednesday, so tune in then!