I thought that, since my Viking army is already fairly extensive, I’d best find an alternate place for half a box of plastic Dark Age Warriors. With my Late Romans being in the spotlight, I thought I’d add some barbarians to their ranks.

I built most of the models stock from the box, but I opted to use some Old Glory models’ shields which have no leather covers. They simply look more low-tech, especially when compared to those of their overlords’ scuta. 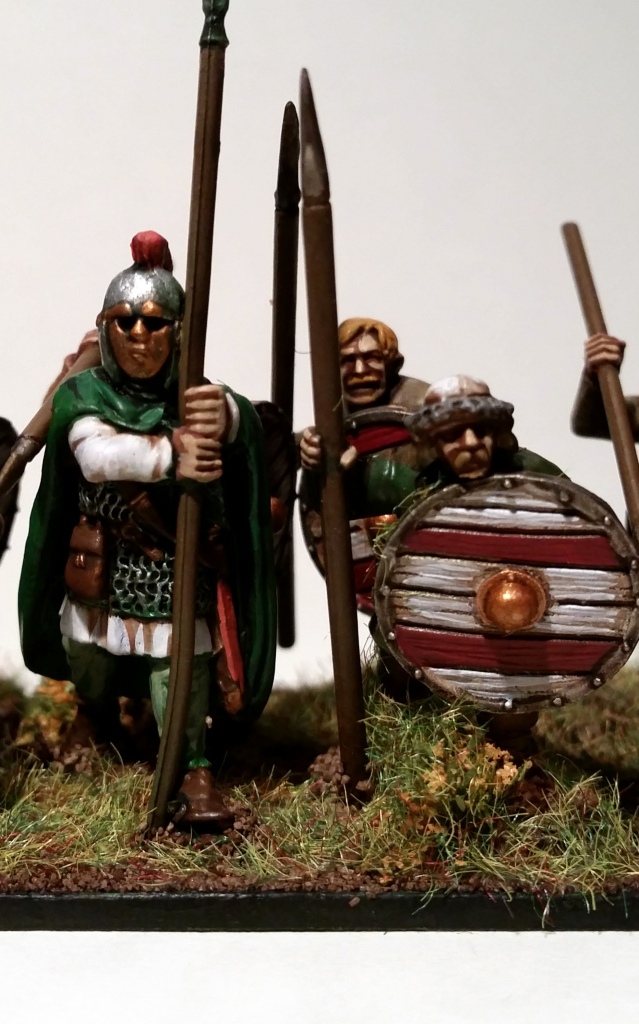 Quite a difference between the two.

I chose to use a Late Roman to lead the unit. The way I see him, he’s an old veteran, having to lean onto his spear, and perhaps he wears a face plate so as not to show his age to his oft-unruly men.

Rather less colourful from the back.

Apart from the leader, I painted these models from a mournfang brown basecoat with drybrushes of several brown, ochres and beiges – I really didn’t want them to look uniform. Still, I did add a touch of green and white here and there to tie them in a bit. On the other hand, the shields have the same colours of those of their overlords, but applied in a variety of simple patterns or with no pattern at all.

And that’s that, now I’m really laying off the Late Romans for a while. Up next: Dreadball!