These guys were completed a while ago but only now photographed – I’ve been quite busy with other stuff! Let’s go straight to the models themselves, shall we? 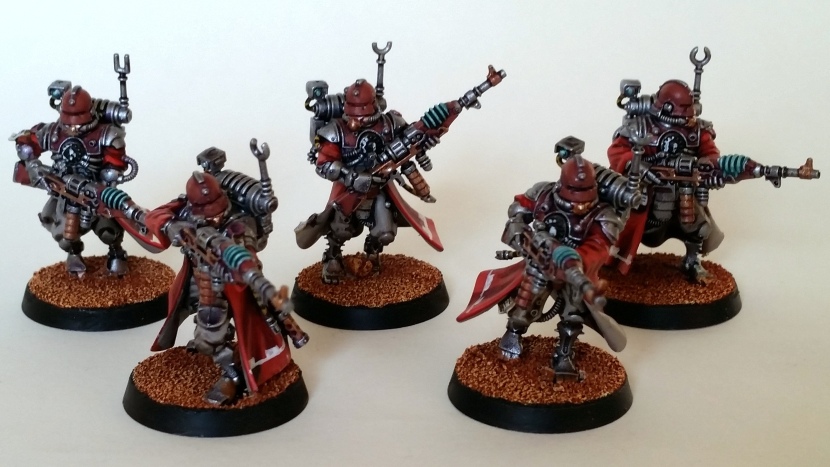 Models by Games Workshop, of course.

I figured I’d want to have one squad each of these troops, so I actually split my one Skitarii box – which is my June purchase together with a set of data cards – right down the middle and built five each of regular troops. No special weapons yet.

The robes were very time consuming to paint.

These guys were a hassle to build, as you can’t mix and match torsos to legs; you really have to take care to fit them together in the right order. That said, this method reduces the chance of wonky poses which the older plastic sets were infamous for. More beginner-friendly, let’s say? 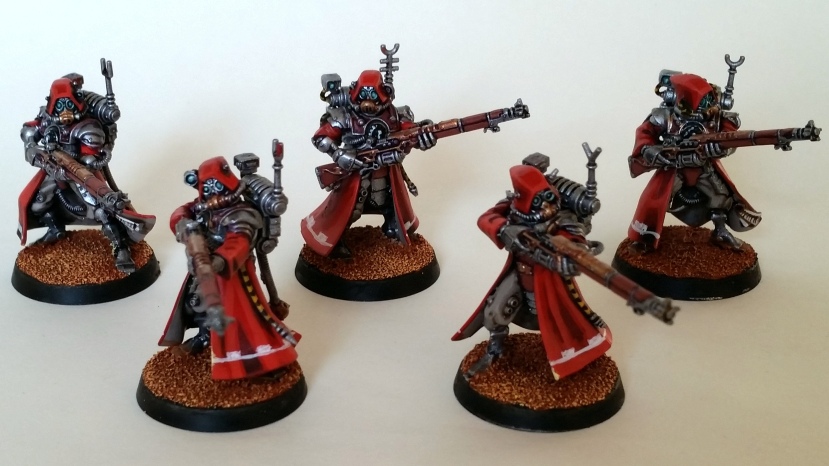 I painted these up in exactly the same fashion as the first unit of Infiltrators, starting off from an AP plate mail undercoat. The ubiquitous robes did however increase the time it took dramatically. Still worthwhile, though. 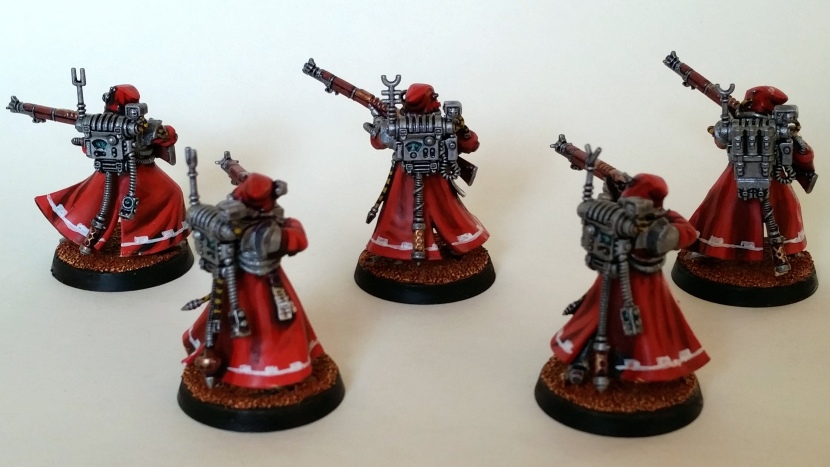 The little yellow-black cabling helps fill out the palette.

One notable divergence from the painting scheme is that I swapped out guilliman blue for coelia greenshade on the glowy bits such as the Vanguards’ rifles. I wasn’t too happy with how the former came out on the Infiltrators, so I’m going to revisit them soonish.

Anyway, that’s it for this month’s 40k update. July will either feature more Skitarii, or perhaps a vehicle, who knows? I’ll be moving house in August and I first have a couple of vacations for my wallet to survive, so I’m not exactly sure about buying the more expensive GW toys at the moment.

At any rate, I hope you enjoyed the blog post, and for the historical purists: There’s another blog update due tomorrow, which will feature a certain feline duo my Germans have just welcomed into the family. Auf wiedersehen!