I’m getting ready for a big Bolt Action battle against my mate Flor’s Airborne, and when he told me of the ridiculous amount of stuff he’s been churning out lately I knew I had to follow suit with my Germans. Here, then, are two lovely Panthers.

I got these two tanks in an Armoured Fury starter box earlier this year; the Shermans were sold off and I kept the two Panthers. I planned on building them earlier but I had somehow completely missed the fact that the construction diagrams are printed on the box itself – I have these moments sometimes. 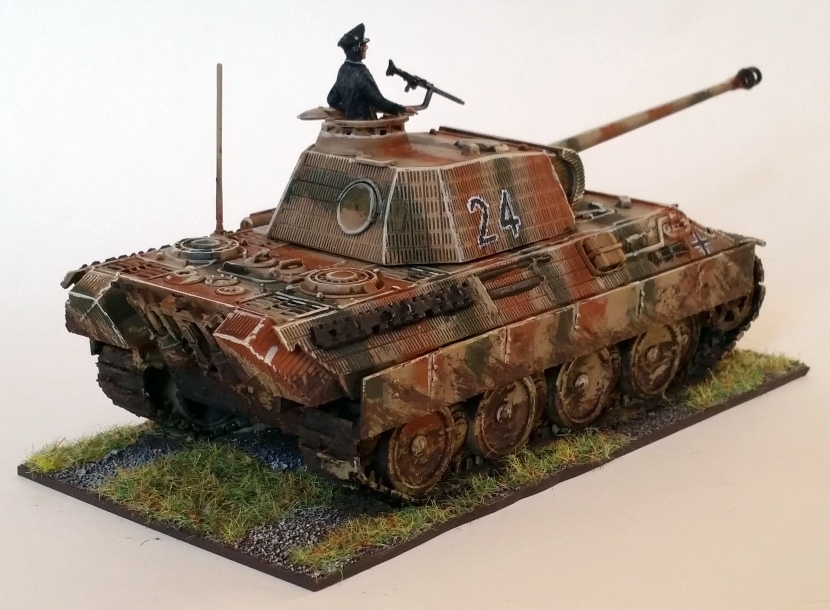 The commander is a pretty laid back chap called Helmut.

Thankfully, the chaps over at the Bolt Action International facebook forum were friendly enough to assist me by sending me pictures and scans of a construction leaflet, so once again massive thanks go out to them! 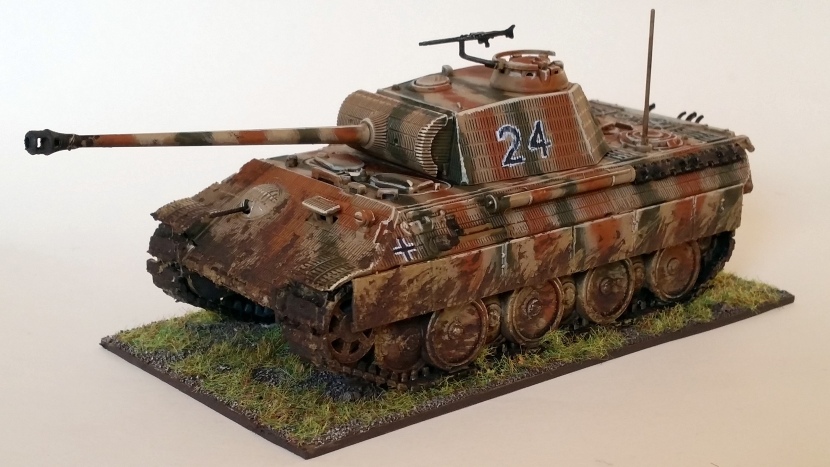 A bit more simple this one, no commander.

Paintingwise I stuck with my guns on this one; I want a homogenous armoured force and so everything gets the same treatment. The edge highlighting is very cartoony, but then I’ve never been a fan of fielding gaming quality infantry paintjobs and super realistic vehicles with heaps of weathering powders in the same force. To each his own, of course!

Not all of the numbering freehands came out as well as was intended. The Balkenkreuze are fine, though.

So that’s that for these little cats. I realise that two Panthers in a standard selector will be a bit top heavy, but my Fallschirmjäger need the support. I’ll be adding more vehicles to the force at a later date to accommodate Tank War battles, but this will have to do for now. Up next are a couple more Fallschirmjâger and then it’s over for the Germans for a good while. Tschüss!