I’ve been waiting for the opportunity to use a Blackadder quote on the blog, and now was the time. At Crisis ’15 our club is holding a massive d’Erlon – La Haye Sainte battle using the Black Powder rules, and my French must be fit for duty. So I’ve finally built some casualty markers to that end, and here they are. 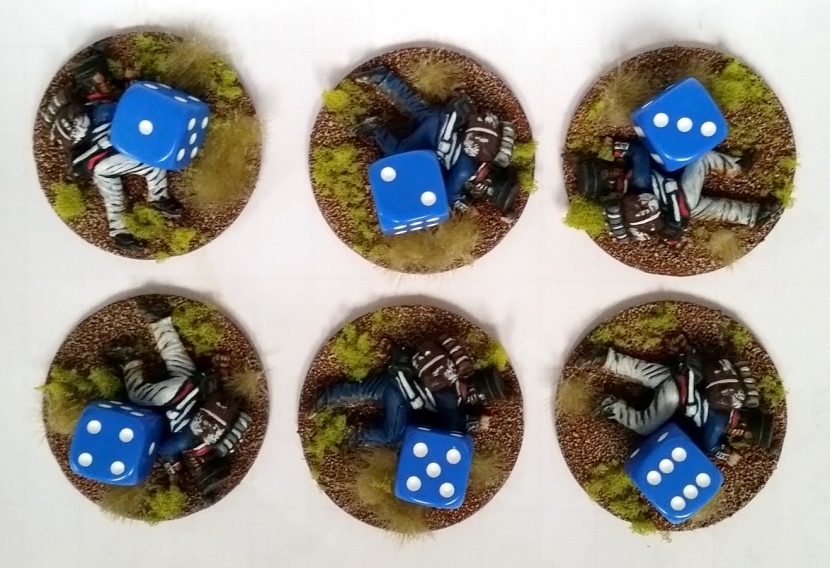 These are casualty models which come in one of the Perry Miniatures cavalry boxes, and I was fortunate enough to have six of these lying about on the plastic pile. Fortunate, because I currently have six battalions painted. I’ve mounted these on 40mm round bases and left a gap in the tufting to allow a dice to rest there snugly. They were painted in much the same way as their living counterparts, of course.

That’s that then! I hope I won’t be needing them too much during the battle, but if history repeats itself…

Other than that, I’m expecting to be able to paint up a French marshal model as well by the time the convention happens. Just two weeks away now! I hope many of you readers will be able to attend Crisis, and if you do, look out for us – we’re the Red Baron club out of Ghent – and shake hands with your humble servant. Come one, come all!