It’s the end of 2017, and another project has come to a close – huzzah! These hospitallers were actually among the first of my historical projects, being started up all the way back in – I think – 2012 with a box of plastic knights from Fireforge. I grew disenchanted with the models after having painted up just half the box’ contents, and the cavalry wing of the army has been neglected far too long, until this year. The rest of the cavalry will have to bide its time until it can appear on the blog, though, as the matter at hand is rather more interesting!

First up, we have the supreme commanders of the army – the grandmaster and a priestly fellow! Notice how I have tried to make them stand out a bit by using the idiosyncrasies of the figures – which are actually from Gripping Beast’s Teutonic range – such as the hair, the mitre, and so on. Colourwise I have added yellow to the palette, as white and yellow are papal colours. Stoving in Saracen skulls, approved by every pope since 1098! 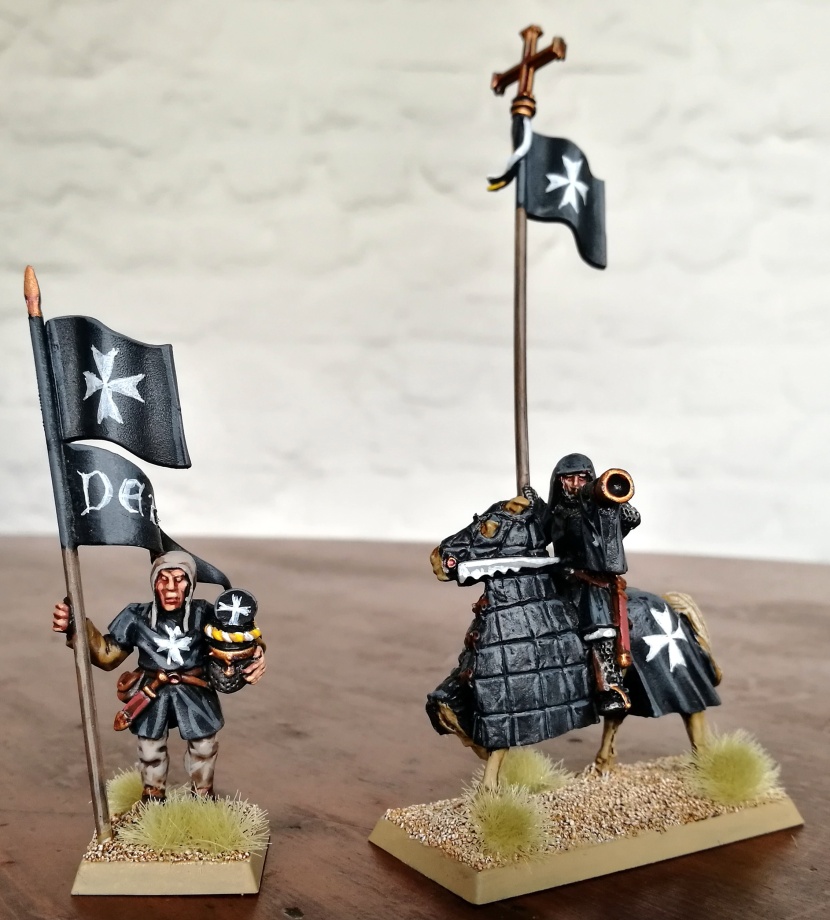 Next up, these are two battle standard bearing types, predominantly to be used in WAB. As you can see I have used some leftover plastic bits from Fireforge kits to add some flair to these Gripping Beast models. 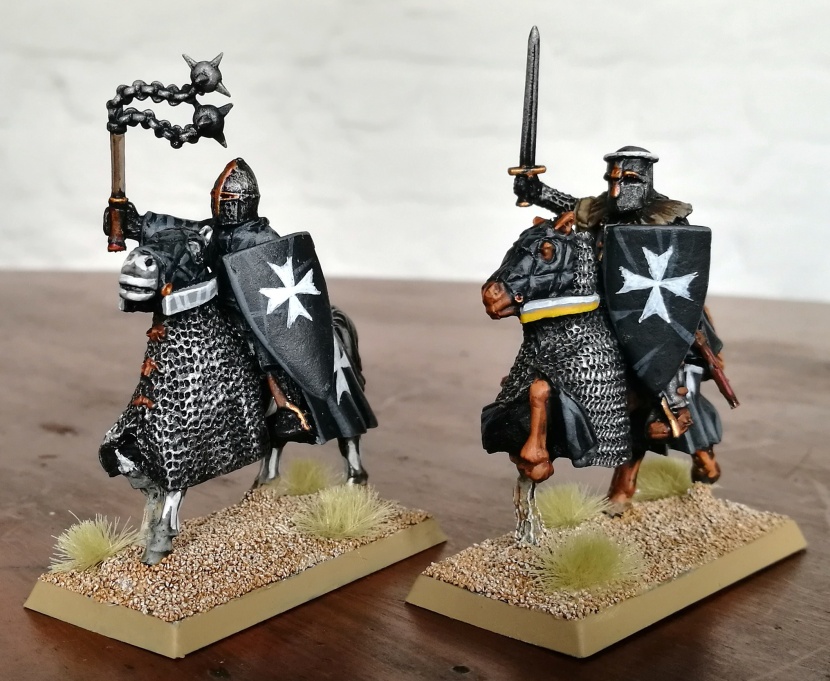 Finally, here are four other seneschal models. Most of these are from the Gripping Beast crusader command set, with one other stray Teuton (the one with the fur, of course!) added in. These have also all been modified to carry leftover weapons from Fireforge kits, as there is certainly a scale and style difference between the two manufacturers.

As well as painting dragging on for years on this project, rolling dice in anger with them is long overdue! So, to that end, my friend Flor is coming over with his Teutonic Order soon and we’ll duke it out using the WAB rules to see whether black with white accessories or white with black accessories is best. Groovy, baby!